How are national park systems in other states faring? What challenges do they face?

The National Parks Association of Queensland caught up with the NPAs across Australia for their perspectives on the biggest issues facing their state’s national parks.

While bushfire management was understandably very much on the minds of many, other common concerns raised included:

• Funding shortfalls; this issue, not surprisingly, was raised by every NPA.

• The need for the creation of more national parks in each state, to protect biodiversity and to meet global targets set by the United Nations in its Strategic Plan for Biodiversity 2011-2020.

• Insufficient protections to ensure national park status is not revoked and is inviolable.

• Difficulties obtaining accurate and meaningful data on the dollars allocated to national parks budgets and on how these dollars were being spent.

About 9 per cent of NSW is national park, according to Anne Dickson, president of the National Parks Association of NSW.

Ms Dickson called the controversial Kosciuszko Wild Horse Heritage Act, which came into effect in June 2018 “the greatest insult of all”.

Spokespersons for national park associations in Victoria and the ACT were also concerned about the impact the ‘Wild Horse Act’ would have on the national parks in their jurisdictions given the connectivity of alpine land between the three authorities.

CEO of the National Parks Association of NSW, Alix Goodwin, called the wild horse act an “international embarrassment” but it remains to be seen what the longterm impacts will be. 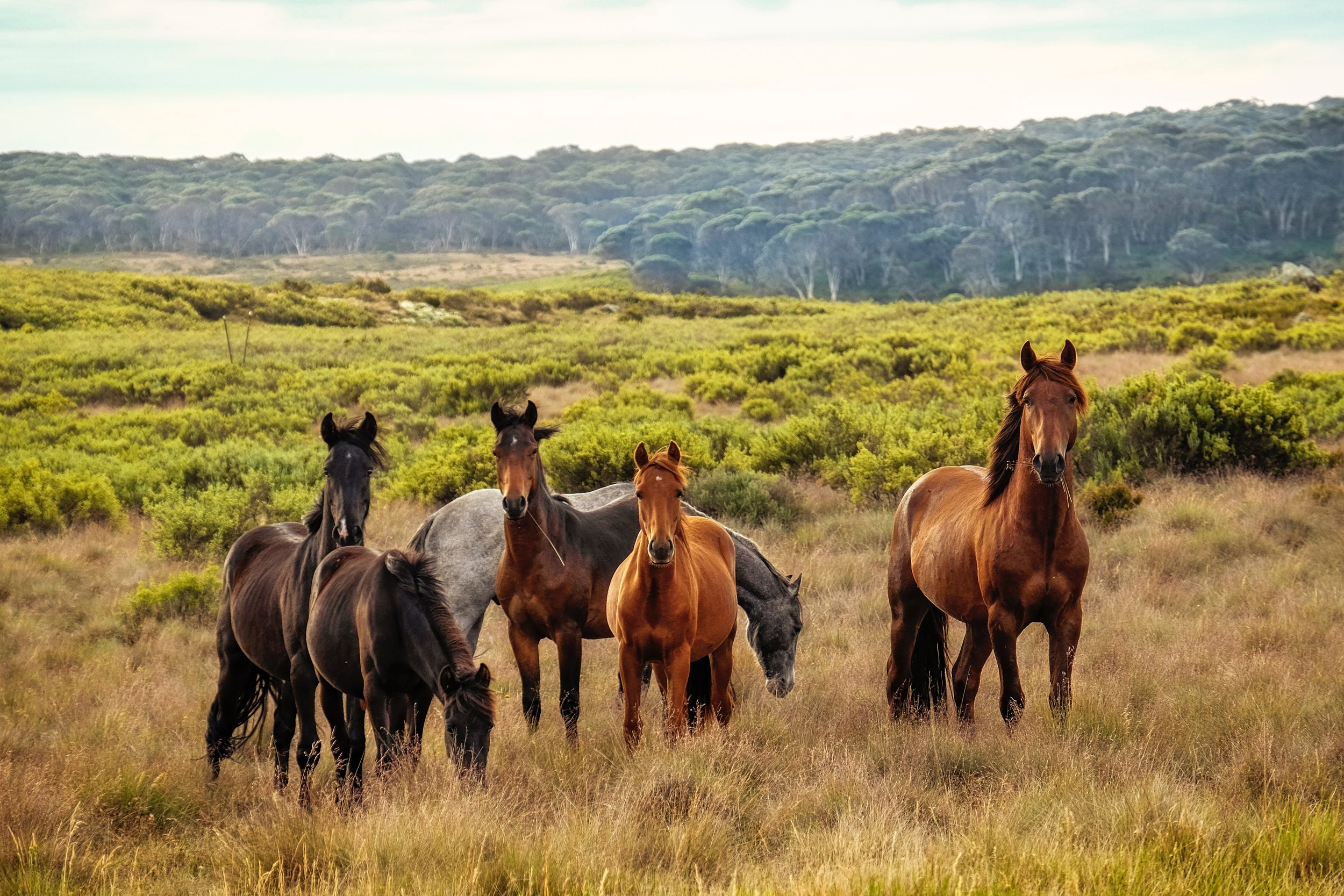 About 46 per cent of the ACT is national park.

The ACT possesses one national park – Namadgi, measuring over 106,000 hectares.

The management of fire in the park was one of the most significant issues for the park’s future, according to convener of the National Parks Association of ACT environment subcommittee and former president, Rod Griffiths.

In 2003, when lightning strikes started bushfires in Namadgi, the fires ultimately decimated hundreds of Canberra properties and burnt much of the vegetation in the national park.

Although the habitat “recovered remarkably,” according to ACT Government senior ecologist Dr Murray Evans in 2013, since then, bushfire management has remained a very high priority.

Mr Griffiths said Namadgi was also under pressure to “contribute financially to the ACT”. However, he said, the more proximate Canberra Nature Park soaked up many of the visitors who might otherwise go to the national park.

Mr Griffiths identified the use of drones and the increasing popularity of mountain bikes as emerging concerns.

About 15 per cent of Victoria is national park.

However, less than 0.5 per cent of the state’s total expenditure goes towards national parks management, according to Matt Ruchel, executive director of the Victorian National Parks Association.

This is despite polling conducted by VNPA in November last year which found close to 70 per cent of voters support more funding for threatened species and a similar number supported increased funding for national parks.

Mr Ruchel said as well as funding shortages, about one million feral deer have become a big problem in the state’s parks in recent years.

They’ve even popped up in Melbourne suburbs. “People have been hitting them with cars,” Mr Ruchel said, adding the deer population had got to this level partly because of the demands of hunting lobby groups.

Peri-urban parks were coming under increasing pressure as well, as visitor numbers increased on the back of a “booming” Victorian population. “Everybody wants a piece of national parks,” Mr Ruchel said. “We’re concerned about plans for glamping and infrastructure in parks.”

Over 40 per cent of Tasmania is national park with about half of this percentage classified as World Heritage Area.

Tasmania’s premier, Will Hodgman, made a special request in January to the Federal Government to cover the cost of controlling massive fires burning in the state’s world heritage areas.

Fire and climate change were the chief concerns for Tasmania’s national parks according to the president of the Tasmanian National Parks Association, Nicholas Sawyer.

“In the world heritage areas (fires) are becoming more frequent, more intense and larger,” he said.

“The only question is how long it takes before we lose much of what makes Tasmania special.”

He called for urgent funding into research for how to best manage fires in the state’s national parks. Mr Sawyer said the issue of climate change and associated increase in bushfires was “the big looming question that makes everything else look trivial”.

In addition, “the Tasmanian government’s policy to ‘unlock our national parks’ for commercial tourism development may be trivial in comparison to the long-term threat from fire but it is TNPA’s major current campaign focus.”

According to spokesperson for the Nature Conservation Society of South Australia, Julia Peacock, many SouthAustralia national parks are ‘jointly proclaimed’ “meaning exploration and mining may also be permitted”.

Ms Peacock said funding statistics for parks and other protected areas was “difficult to capture and analyse… (but) has been steadily declining over the past decade”.

“Of the 17 IBRA bioregions occurring in South Australia only 9 are adequately represented in the protected areas system,” she said.

“We strongly welcome the historic plan to create five million hectares of new protected areas, which will leave a permanent legacy for our environment and future generations, while also contributing to regional economies,” Conservation Council of WA director Piers Verstegen said in February.

The plan is in its infancy with The Department of Biodiversity, Conservation and Attractions (DBCA) giving a projected time frame for the completion of all reservation proposals as 2024.

The DBCA declined to comment on the area of terrestrial vs marine protected areas that will make up the plan citing the urgent need to focus on responding to bushfires.

The Conservation Council of WA also declined to comment on the status of the national park system in WA. Note that WA has no national parks association.

National park systems across the country continue to face significant and potentially greater challenges than ever before. All NPAs are hoping governments will invest more money into park management. All NPAs want to see the decline in the rate of creation of new national parks come to an end. Western Australia, at least on paper, looks to be the state making the most progress in this area.

NB – The state of parks in the Northern Territory, which has no national parks association, was not covered in this article due to difficulties gaining responses from the relevant organisations.